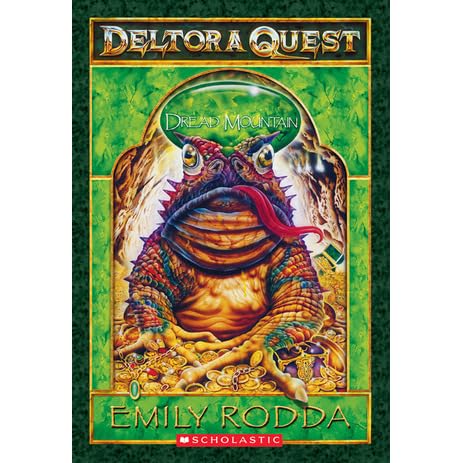 Now grave news has reached Lief from his home. He longs to return—but the quest must continue. To find the fifth stone, the heroes must venture to the edge of the Shadowlands and enter the dark and terrifying realm of the monster Gellik. This is a story about dedication to one's responsibilities no matter the cost. I would recommend it for elementary, middle school, and young teens.

This series was also made into an anime, if interested. Be professionally interviewed with your book now! Get Interviewed Now! Show side Content. Interviews Let's Chat Interview packages are the 1 way for your book to be discovered and for readers to get to know who you are! Want to learn more?

The Shadow Lord dominates the Land of Deltora. Only Lief, Barda, and Jasmine can save it from his evil powers. To do this, they must restore all seven gems to the magic Belt of Deltora. Four gems have been found. Now grave news has reached Lief from his home.

He longs to return--but the quest must continue. To find the fifth stone, the heroes must venture to the edge of the Shadowlands and enter the dark and terrifying realm of the monster Gellik. More by Jennifer Rowe See more.

Deltora Quest 1: The Forests of Silence. Book 1. The evil Shadow Lord is plotting to invade the land of Deltora and enslave its people. All that stands against him is the magic Belt of Deltora with its seven stones of great and mysterious power. In secrecy, with only a hand-drawn map to guide them, two unlikely companions set out on a dangerous quest. Determined to find the lost stones and rid their land of the Shadow Lord, they struggle toward their first goal--the sinister Forests of Silence.

The Lake of Tears Deltora Quest 2. Book 2. Lief, Barda, and their unpredictable new companion Jasmine are on an urgent mission to find the seven stones from the magic Belt of Deltora. The golden topaz has already been found. But only when all the stones have been restored to the Belt can their land be freed from the dark power of the evil Shadow Lord. To find the second stone, Lief, Barda, and Jasmine must travel through territory ruled by the monster-sorceress Thaegan and overcome their biggest challenge yet--the hideous guardian of the enchanted Lake of Tears!

Content Protection. Learn More. Flag as inappropriate. It syncs automatically with your account and allows you to read online or offline wherever you are. Please follow the detailed Help center instructions to transfer the files to supported eReaders. Continue the series. See more. Deltora Quest 6: The Maze of the Beast.

Book 6. Deltora is a land of monsters and magic. The evil Shadow Lord has become aware that Lief, Barda, and Jasmine are searching for the seven lost gems of the magic Belt of Deltora. He knows that the Belt's power will threaten his terrifying rule if the gems can be returned to it. Five gems have already been found. The next stone lies hidden in the underwater lair of the hideous and ferocious Glus.

Already pursued by the servants of the Shadow Lord, Lief, Barda, and Jasmine will need all their strength and courage to face the Maze of the Beast. Deltora Quest 7: The Valley of the Lost. Book 7. Lief, Barda, and Jasmine have almost reached their goal. Six gems for the Belt of Deltora have been collected. Now the last one must be found before Deltora can be freed from the evil Shadow Lord.

The companions have faced many terrors before but the worst is yet to come. Deltora Quest 8: Return to Del. Book 8. The seven lost gems have been restored to the Belt of Deltora. Now Lief, Barda, and Jasmine must find the heir to the kingdom's throne. They know that only the true heir can use the Belt's magic to overthrow the evil Shadow Lord. But the heir has been in deepest hiding from birth and only the Belt can reveal the hiding place.

Shock follows shock as the Deltora quest rushes to its thundering climax, and the fury and power of the Shadow Lord himself threaten to destroy its three heroes and everything they love. More featuring magic. The Keys to the Kingdom 3: Drowned Wednesday. Book 3. The next spellbinding book in best-selling author Garth Nix's magical Keys to the Kingdom series. Everyone is after Arthur Penhaligon.

Strange pirates. Shadowy creatures. And Drowned Wednesday, whose gluttony threatens both her world and Arthur's. With his unlimited imagination and thrilling storytelling, Garth Nix has created a character and a world that become even more compelling with each book. As Arthur gets closer to the heart of his quest, the suspense and mystery grow more and more intense. Book