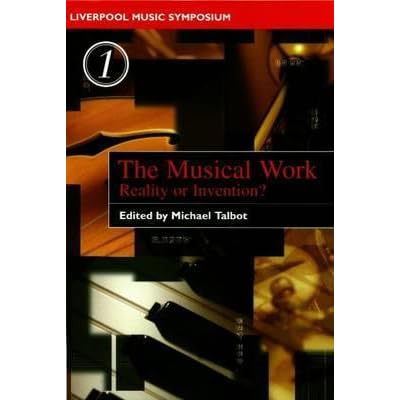 But not every piece of music is called a work, and not every musical performance is made up of works. The complexities of this situation were explored in a symposium held at the University of Liverpool, of which these are the proceedings.

The essays examine a broad swathe of Western music: classical and popular, notated and recorded, ancient and modern. They show how to call a piece a work is to refer not merely to its structural properties but also to the interests, values and presumptions of the culture and society that cultivate it.

Some cases of convergence and divergence between parallel musical traditions are revealed.


In their varied approaches, the eleven contributors mirror the cleavages that they find in the subject matter. From plainsong to the symphony, from Duke Ellington to the Beatles, this is at root an investigation into how our minds parcel up the music that we create and hear.

Intertextuality and Hypertextuality in Recorded Popular. Configuration of the Popular Music. The Impact of Commercialism.

The idea of holding a series of Liverpool Music Symposia arose from the coexistence, at this university, of two academic units, the Department of Music and the Institute of Popular Music, which cooperate happily enough in the sphere of undergraduate teaching but rarely find the opportunity to come into direct contact within the scholarly arena.

What is needed, rather, is a chance to knock ideas about in a common forum and, by so doing, to reach a clearer understanding of both the similarities and the contrasts that exist between the various musical traditions.

It is also useful for students of so-called classical music to learn of and, if appropriate, adopt or adapt the concepts and terminology of modern popular music studies, just as the reverse must equally be true. The theme of the first symposium suggested itself almost by chance. 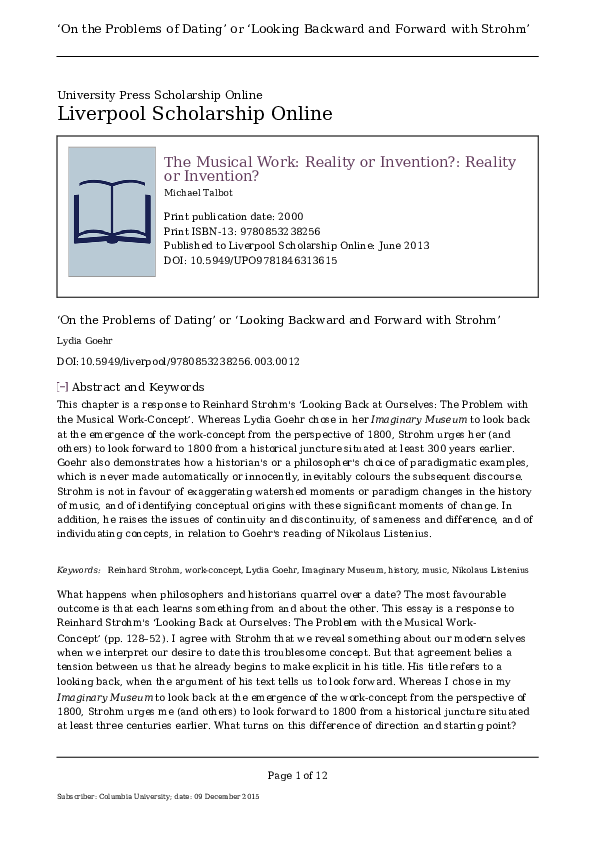 Having read Lydia Goehr's recent book The Imaginary Museum of Musical Works: An Essay in the Philosophy of Music , I suddenly realised that the musical work and the varied conception or, sometimes, non-conception of it — whether considered diachronically through history or synchronically across the spectrum of musical traditions — constituted the perfect subject: topical, controversial, multi-faceted and intellectually challenging.

From there, the project.

An unknown error has occurred. Please click the button below to reload the page. If the problem persists, please try again in a little while.